Get a fast, conversion-focused WooCommerce theme in 2023. Switch to Shoptimizer.
Skip to content

So just what are the Best eCommerce platforms to power your online store in 2019? Let’s dive in and take a look.

A brief history of the Best eCommerce Platforms

eCommerce has changed a lot over the past decade. If you’re just beginning your eCommerce journey you can thank your lucky stars you weren’t doing this 10 years ago. Back then store owners had very few options available to them. The big open source platform back then was OS Commerce which is somehow still going. OS Commerce was unique in that it was the first fully fledged eCommerce platform that was open source (free) so despite it’s very rough edges it became very popular.

I built my fair share of OS Commerce powered eCommerce websites in the mid 00’s and always found it to be a real chore to customize. But still – you have to give them serious credit for being pioneers in the Open Source eCommerce platform ecosystem. Your alternatives to OS Commerce were hosted platforms like Yahoo Stores (which was very popular) or desktop based (shudder!) platforms like Actinic.

Magento would arrive in March 2008 and turn the eCommerce world upside down. It was truly a breath of fresh air at the time. Magento was brought a level of professionalism and quality to open source projects that few projects before this could match.

As a result, Magento was just as good if not better than any other eCommerce platform out there – whether it was a commercial or open source product. Magento took off like a rocket and quickly became the gold standard for eCommerce software.

Rise of the eCommerce Saas platforms

Around the same Magento started taking over the eCommerce world, a young German guy in Canada was quietly going about starting his own eCommerce revolution. Tobias Lütke had originally built his own eCommerce platform in 2004 to sell snowboards because everything else sucked. That worked out so well that it ended up being productized as Shopify which launched in 2006. After a few very lean years of trying to find product/market fit, Shopify started to build it’s own momentum which culminated in their major round of outside funding in 2010 when they raised $7 million.

Over the following 6 years to the end of 2017, Shopify would grow faster than any eCommerce platform is history, reaching annual revenue in excess of $600 million to make Tobias Lütke a billionaire (on paper at least). Not bad for a dude who just wanted a better way to sell snowboards!

It’s not an understatement to say that Magento and Shopify together has had a transformative effect on the eCommerce landscape over the past decade. They made eCommerce accessible to a whole new generation of store owners who without them simply wouldn’t be in the eCommerce business.

Both Magento and Shopify broke the mould in their respective segments of the eCommerce platform market. In doing so they led the way for a whole plethora of competing platforms to emerge in both the self hosted and hosted eCommerce market.

In fact, WooCommerce how has greater market share than any other eCommerce platform. (Sidenote: I still think WooCommerce has a long way to go to catch both Magento and Shopify in terms of the amount of revenue that it generates for store owners.)

BigCommerce – Founded in 2009 and has grown quickly from 2012 onwards. BigCommerce is Shopify’s biggest competitor in the hosted eCommerce market.

Wix/Squarespace – Two of the biggest names in the hosted website market have also made big plays into the eCommerce world the past few years. Their market share is still very small overall but pay close attention to these two in 2019 and beyond.

CommerceHQ – One of the newest entrants into the market, CommerceHQ have been making waves as a compelling alternative to Shopify.

The impact of Amazon

Of course the biggest competitor to all of these wonderful eCommerce platforms is the ultimate eCommerce powerhouse – Amazon. Fulfillment by Amazon, or Amazon FBA as most of us will already know it has been around since 2008 but has really taken off the past 5 years.

I would say it is now the number 1 way that new eCommerce entrepreneurs start off online. It’s no surprise really given the size of the marketplace – plus you don’t need to mess around with setting up your own store – simply give Amazon their cut and they take care of everything else.

So here we are in 2019 and it’s clear we have a ton of options to choose from to power our online store. Too many options in fact! What platform should we pick?

While the competition is heating up for Shopify, it is still without doubt the best eCommerce platform for beginners who don’t want to host their own online store.

If you’ve no interest in managing your own eCommerce hosting and don’t have any issues with someone else taking full control of your eCommerce infrastructure then Shopify is perfect for you.

The battle for the entry level eCommerce market is now pretty much a straight shoot out between Shopify and WooCommerce. If you already own a WordPress website and now wish to extend it to add eCommerce functionality, then WooCommerce is a no brainer. Equally, if you don’t already use WordPress but don’t want to handover the keys to your eCommerce kingdom to Shopify then WooCommerce is probably the best Shopify alternative to start with.

WooCommerce is pretty much the philosophical polar opposite to Shopify. If you’re having difficulty choosing between I would recommend picking whichever platform is best aligned with your own technical skills and personal values. The good news is that both Shopify and WooCommerce are excellent choices and in reality it’s hard to go wrong with either of them – just pick the one that works best for you personally.

Once you go beyond $500,000 per annum in revenue you your eCommerce requirements tend to get a bit more demanding; better reporting, more sophisticated stock management, discounting mechanisms, more advanced reporting and more third party system integration options all become critical. The reliability and scalability of your online store move from nice to have to mission critical status. Even a few minutes of downtime can cost thousands at this stage.

Overall, while there are countless options at the bigger/entry level, I think the mid level/established segment of the market is still one of the most underserved segments of the eCommerce platform market.

Launched in early 2014, Shopify Plus is the big brother to the main Shopify platform most of us will be familiar with. Shopify Plus is pretty much the same thing as Shopify but with some additional key features that big eCommerce stores require, including:

If you’re not sold on Shopify Plus I’d take a closer look at Miva Merchant. Miva has been around since the early days of the web but has reinvented itself over the past decade and is rapidly growing in the established hosted market.

Yo!Kart is a multi-vendor eCommerce platform that specializes in building online marketplaces similar to Amazon or Etsy. It allows businesses to venture into the global market with state-of-the-art features and functionality.

For entrepreneurs who want to launch a multi-vendor eCommerce store but do not have the technical skills to develop it then Yo!Kart is a good option.

Magento has suffered in recent years with the lower end of the market being gobbled up by both Shopify and WooCommerce.

As a recovering Magento developer I’ve been happily free of building Magento stores for a couple of years now. Anyone who has spent time working with Magento, WooCommerce and Shopify will tell you that Magento is by far the worst platform to work with. Things which can be achieved with Shopify and WooCommerce in minutes sometimes take hours or days with Magento.

Magento has not helped itself in recent times with a painful upgrade path between Magento (M1) and Magento 2 (M2). In fact, I know of several loyal Magento customers who simply couldn’t stomach the upgrade path and made the switch to Shopify Plus instead.

Hopefully this gives you a better sense of what the Best eCommerce platforms for 2019 and beyond look like. While the market is dominated by a few clear leaders there are also a plethora of niche, smaller platforms that we didn’t get a chance to cover in this article that we’ll definitely come back to again. The Enterprise market is also an interesting segment worthy of analysis with big players like Hybris, Commerce Cloud and Demandware costing millions of dollars to deploy into production. But that’s for another day 🙂 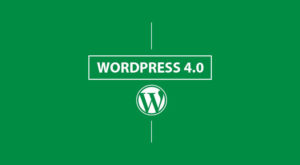 WordPress 4.0 is released. Captiva customers are ok to update 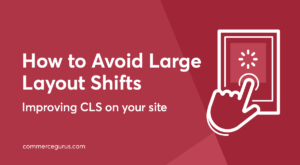 How to Avoid Large Layout Shifts 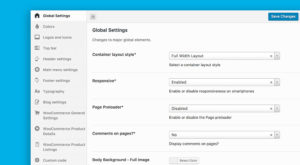 An Introduction to Captiva Theme Options 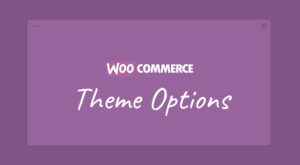