In Part 2 of our Best WooCommerce Hosting Plans we take a look at the different options that you should give consideration to before selecting a hosting provider.

The first thing you must realize is that not all hosts are created equally. There are all sorts of different types of hosting providers that you should have a grasp of before making a decision as to where to host your eCommerce website. We’ll briefly explore each of these today.

In Part 1 we pretty much ruled out shared hosts for WooCommerce. There are a tiny number of exceptions to this. We’ll come back to that a little bit later. To summarize what we touched on yesterday, with all types of hosting you pretty much get what you pay for. If some host is promising you unlimited sites, disk space, databases, domains etc. it’s pretty much nonsense to start with. You just go ahead and put a high traffic eCommerce website on one of those hosts and see what happens 🙂 If your site doesn’t crash (which it probably will) you will most likely get an email from your unlimited host telling you you’ve breached some acceptable use threshold and that you need to update to a more expensive hosting option. Safe yourself the hassle and avoid shared hosting for WooCommerce unless you’re prepared to live with the consequences.

The next level of from Shared hosting is a Virtual Private Server or a VPS as it is more commonly known. A VPS is definitely a big step up from a shared host. There are also different types of VPS packages which broadly fall into 2 categories:

Managed WordPress hosting is a relatively new phenomenon compared to the other types of hosting included on our list. WPEngine pretty much pioneered the market but since then a plethora of really impressive competitors have emerged and I would now clearly classify this as a hosting category in of itself when we talk about WordPress and WooCommerce hosting. Managed WordPress hosting has huge benefits for WordPress site owners, in particular when it comes to site speed, performance and overall stability. Most Managed WordPress hosts operate highly tuned devops stacks that usually incorporate nginx, Varnish, Memcached amongst other tech to deliver superior performance. Again if you’ve got the skills there’s nothing stopping you from doing this yourself but trust me don’t even go there if you do not know what you’re doing. The disadvantages of Managed WordPress hosting primarily are down to cost and perhaps a slight lack of control over the fine tuning of your hosting environment. But these disadvantages may not really be disadvantages for those who value superior stability and performance.

The final type of hosting is generally the most expensive. Dedicated servers are what high traffic websites and applications HAD to use before some bright spark designed cloud infrastructure. Dedicated servers are machines 100% dedicated to you normally in a top class data centre. As a result, costs tend to be quite a deal more expensive than any of the other types of hosting on this list. In addition, it’s more than likely that anyone going the dedicated server route will also have access to technical resource to configure and manage servers. For the purposes of our later reviews we’ll not be spending too much time looking at dedicated servers. There really are very few reasons why someone would want to start an eCommerce website on dedicated machines in 2014 unless you need total control over your tech stack or are looking to compete with Amazon 🙂

I think for me the most interesting things are happening in both the Cloud and Managed WordPress hosting categories – which is where we intend to spend most of our time in upcoming reviews. Tomorrow we’ll briefly look at our preferred VPS hosting provider. 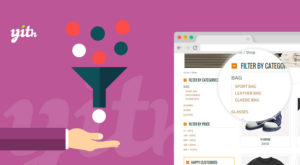 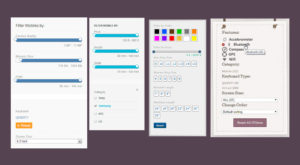 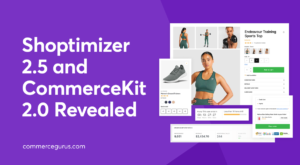 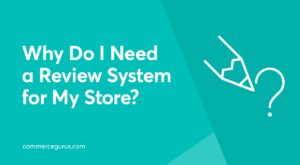 Why Do I Need a Review System?